Diabetes is an ailment that causes the blood sugar level to increase, but you can reduce it consistently by following few eating or drinking habits and one of the method is by drinking Green Tea which Helps In Prevention And Treatment Of Diabetes.

There are two types of Diabetes:﻿

Type 1 and Type 2, Weight reduction, healthy diet, exercises are part of its treatment and prevention. New researches have proved that green tea is a health beverage which when consumed reduces sugar levels in the blood. However, prior to making this a part of your daily diet consults with your medical practitioner. 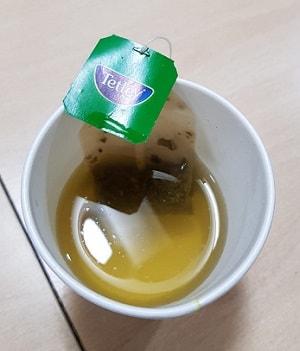 The hormone insulin is required to reduce the blood sugar levels and even regulate functioning of body cells. Inadequate insulin builds up sugar in the bloodstream that leads to Type 1 diabetes. This is a disease which occurs when pancreas is unable to produce enough insulin to control sugar levels.

Green tea can help in preventing and treating the disorder :

It has nutrients and antioxidants that work in favor of diabetics. It goes through maximum amount of processing compared to other types that keep the antioxidants, polyphenols integral.

Controls blood sugar: It regulates glucose level in the body and reduces the harmful effects of low insulin. It slows down the progress once it has been developed as well as prevents the ailment. It also stimulates insulin production and triggers the functioning of pancreas.

Drinking half a cup of green tea daily controls or prevents this disease. This habit itself helps to normalize diet, minimize stress and thereby hypertension and diabetes.

Type 2 Diabetes is associated with lifestyle factors like obesity, high blood pressure, lack of physical activity, poor diet and lot of weight around the waist. Body becomes less efficient at utilizing and absorbing glucose in this case.

The cells of the body become less receptive to insulin and increase the blood sugar levels. Through a biochemical reaction, green tea sensitizes cells to be able to metabolize sugar in a better way. The metabolic systems functions better with the consumption of this healthy beverage.

Polyphemus have anti-oxidative properties that safeguard against carcinogens and inflammation. It widens the arteries thereby decreases blood pressure, reduces cholesterol and prevents clotting.

During pregnancy women crave for sweets and hence tend to develop gestational diabetes. Consuming caffeine during pregnancy is not advised. However there are exceptions and green tea is one of them.

It can be consumed in moderate amounts and is beneficial both for the mother and the child. Hormonal changes create cellular insulin resistance and this increases blood sugar. This temporary increase can be controlled by drinking one cup of this beverage. One cup every day will slowly lower the sugar levels in pregnant women.

In the first trimester consumption should be kept to minimal. However, prior to including it in your diet it is always advised to consult your doctor.

Do You Know at What Time Should You Sleep?

10 Best Tips For a Healthy Heart