Below article is Facts of INDIA .Every Indian  should know about this..! 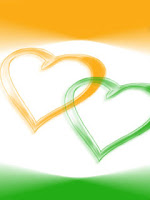 The official Sanskrit name for India is Bharat. INDIA has been called Bharat even in Satya yuga ( Golden Age ) More interesting facts about India.

* The name `India’ is derived from the River Indus, the valleys around which were the home of the early settlers.

*  The Persian invaders converted it into Hindu. The name `Hindustan’ combines Sindhu and Hindu and thus refers to the land of the Hindus.

* The number system was invented by India. Aryabhatta was the scientist who invented the digit zero.

* Sanskrit is considered as the mother of all higher languages. This is because it is the most precise, and therefore suitable language for computer software.

* Chess was invented in India.

* Algebra, Trigonometry and Calculus are studies which originated in India.

* The’ place value system’ and the ‘decimal system’ were developed in 100 BC in India.

* The first six Mogul Emperor’s of India ruled in an unbroken succession from father to son for two hundred years, from 1526 to 1707.

* The World’s First Granite Temple is the Brihadeswara temple at Tanjavur in Tamil Nadu. The shikhara is made from a single ‘ 80-tonne ‘ piece of granite. Also, this magnificient temple was built in just five years, (between 1004 AD and 1009 AD)  during the reign of Rajaraja Chola

* India is the Largest democracy in the world, the 7th largest country in the world and one of the most ancient and living civilizations (at least 10, 000 years old).

* The game of snakes & ladders was created by the 13th century poet saint Gyandev. It was originally called  ‘Mokshapat.’ The ladders in the game represented virtues and the snakes indicated vices. The game was played with cowrie shells and dices. Later through time,  the game underwent several modifications but the meaning is the same i.e good deeds take us to heaven and evil to a cycle of re-births.

* The world’s highest cricket ground is in Chail, Himachal Pradesh. Built in 1893 after levelling a hilltop, this cricket pitch is 2444 meters above sea level.

* The World’s first university was established in Takshila in 700 BC. More than 10,500 students from all over the world studied more than 60 subjects. The University of Nalanda built in the 4th century was one of the greatest achievements of ancient India in the field of education.

* Ayurveda is the earliest school of medicine known to mankind. The father of medicine, Charaka, consolidated Ayurveda 2500 years ago.

* Although modern images & descriptions of India often show poverty, India was one of the richest countries till the time of British in the early 17th Century.

* The value of “pi” was first calculated by the Indian Mathematician Budhayana, and he explained the concept of what is known as the Pythagorean Theorem. He discovered this in the 6th century, which was long before the European mathematicians.

* Algebra, trigonometry and calculus also orignated from India.  Quadratic equations were used by Sridharacharya in the 11th century. The largest numbers the Greeks and the Romans used were 106 whereas Hindus used numbers as big as 10*53 ( i.e 10 to the power of 53 ) with specific names as early as 5000 B.C.  during the Vedic period.  Even today, the largest used number is Tera: 10*12( 10 to the power of 12 ).

*  Until 1896, India was the only source for diamonds to the world. ( Source . Gemological Institute of America )

* The Baily Bridge is the highest bridge in the world. It is located in the Ladakh valley between the Dras and Suru rivers in the Himalayan mountains. It was built by the Indian Army in August 1982. 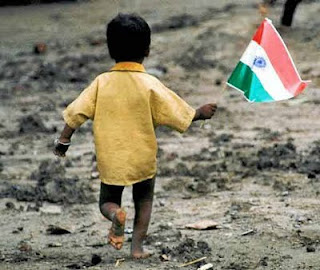 Facts that make every Indian proud….

Q. Who is the co-founder of Sun Microsystems?

Q. Who is the creator of Pentium chip (needs no introduction as 90% of the today’s computers run on it)?

Q. Who is the founder and creator of Hotmail (Hotmail is world’s No.1 web based email program)?

Q. Who is the GM of Hewlett Packard?

Q. Who is the new MTD (Microsoft Testing Director) of Windows 2000, responsible to iron out all initial problems?

Q. Who are the Chief Executives of CitiBank, Mckensey & Stanchart?

Q. Who is the co-founder of USB?