If you ever forgot your driving license and RC of your vehicle while travelling no need to worry because Transport Department Government of Telangana has launched a new Android App called RTA m-Wallet where the Digital wallet can store all the documents issued by the transport department. You can store your Driving License, Registration certification of your vehicle.

This is a major relief to motorists, a first of its kind in India, which will helps motorists to avoid physically carrying documents like driving licence, registration certification and other vehicle related documents, since digital certificates can be uploaded through the App.

During checking by Traffic police or Road Transport Authority RTA authorities, a motorist can show RTA M-Wallet App on their smart phone for verification of documents instead of physically producing the documents. 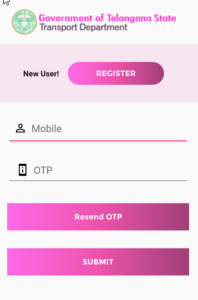 Follow below steps to Set up:
1. Download RTA m-Wallet Android App from this link.
2. Register on the App with your name and Mobile number.
3. Now login and Enter your Driving license, RC details to get downloaded from Transport Department, and it will store on the App show this digital copy whenever a cop asks you.

This new initiative, which is first of its kind in India, is going to benefit 60 lakh driving licence holders, 80 lakh vehicle owners.

Note: RTA m-Wallet is only for Android users.


More from the site:

News Letter, Do Activate in Ur Email Inbox!

The articles present On TechAccent.com are only for knowledge purpose, the images used in articles are searched on web/stock images, we took atmost care in not to post copyrighted images/content, and our intention is no where to infringe others copy righted things, if you found any thing please email to vivekATtechaccent.com, we will remove the content/image instantly.